The Hispanic ministry at St. Mark Catholic Church was established in February, 1999. For several years there was one Spanish Mass a month with a dinner to follow. In the years that followed, the Masses were increased to the 3rd and 4th Sundays. During the summer of 2007, the decision was made to celebrate Spanish Mass weekly with the community dinner following Mass on the fourth Sunday. There continues to be a strong and growing presence of Hispanics in Madison County. The U.S. Census report of 2005 indicated approximately 860 Hispanics in Madison County. More recent estimates indicate that more than 1,000 Hispanics reside in the county. 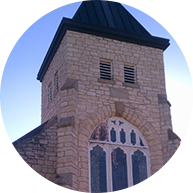